Has Sold Over 5400 Properties

You are here: Home / I Love Steve Lopez 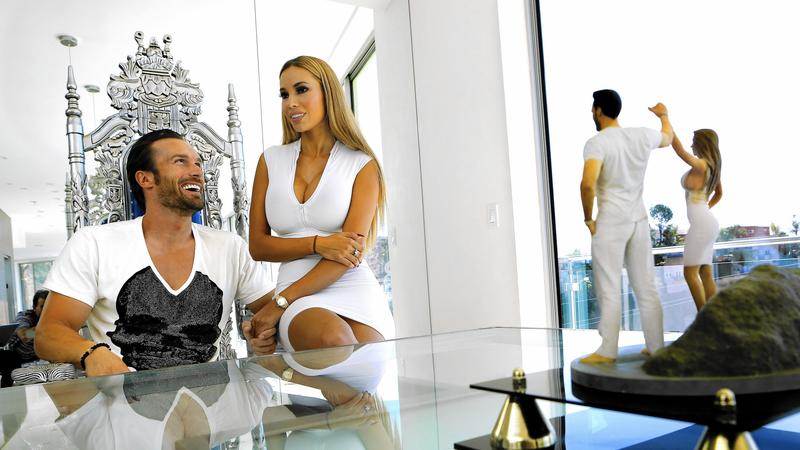 This is hilarious. Not sure who’s worse, the tenants or the landlord.

L.A. Times – Kardashian wannabes party hard and do what they want in the Hollywood Hills

You tend to notice when the new neighbors have a caged lion at their housewarming party, dress like Superman and Catwoman and install a mural of themselves on their garage door.

In Los Angeles, home to both abject poverty and unprecedented excess, nothing is really shocking.

In Bel-Air, a homeowner is using nearly 12 million gallons of water annually while normal people go three days without flushing the toilet.

In Beverly Hills, video captured a Qatar sheik’s Ferrari dangerously speeding through neighborhood streets; when the police asked the sheik about it, he claimed diplomatic immunity.

In Venice, residents were rattled by what they feared was a midnight terrorist attack at LAX, but it was just a fireworks party on Santa Monica Bay, thrown by the Kardashians.

And in the quiet hillside hamlet of Hollywood Dell, people are talking about the couple who moved into a rental mansion in May, tastefully upgraded that garage door and began partying.

The neighborhood’s problems date back to the day a developer began carving four garish, roughly 12,000-square-foot behemoths into a hillside near Lake Hollywood. Just when neighbors thought there’d be relief from years of construction noise, a series of renters moved in, kicking off endless party time.

The four four-story houses, which look like hotels and have “Hollywood” emblazoned on the wall behind them — lest anyone lose track of where they are — aren’t residences so much as event venues and adult playgrounds, according to Scalpels and others.

Neighbors said the biggest house has been used for a Playboy TV show about swingers, and the performers in the glass-walled, fishbowl mansions were neither discreet nor modest.

Justin Bieber rented one of the houses for a while, I’m told, and he was supposedly one of the quieter tenants.

With rows of windows and lights on each level changing colors, it’s like watching the TV show “Hollywood Squares,” he said.

Alexa Iles of the Hollywood Dell Civic Assn. has fielded dozens of complaints from friends and neighbors over the years. She said residents are frustrated because City Hall has all but ignored their pleas for stricter enforcement of parking, party and traffic violations.

“The people using these properties aren’t members of the community, and their behavior … is completely self-absorbed,” Iles said.

“If I have enough money, I can do whatever I want…. The rules don’t apply to me because I’m rich.”

I called the developer, Danny Fitzgerald, to see what he had to say about his critics, and let’s just say the man doesn’t need much prompting.

“They’re a group of vigilantes … with nothing better to do,” he said, insisting that parties in his houses are rare, shuttles are used to transport guests, and the complainers are a bunch of horrible people who aren’t cool enough to live in Hollywood. They should “go to Palmdale where they belong,” he said.

“Get out of Hollywood,” he repeated. “They don’t belong there…. [Blank] those people. I don’t care about them.”

There goes his shot at Man of the Year honors from the Hollywood Dell Civic Assn.

I asked Fitzgerald if it was true that he attended the housewarming party for his newest tenants, Bastian and Maria Yotta. He confirmed that he had, and said it was fabulous, with hundreds of guests on hand.

“They had sushi on top of women,” Fitzgerald said. “You could eat sushi off of the women.”

The wasabi must really have burned.

That cat needs a better agent.

“They had models walking around the house, and natural food, and it was very healthy and a very good party,” Fitzgerald said, adding that nearby neighbors were invited and had a good time, but the vigilantes saw the movie star lion and called the police.

Curiosity got the best of me, so I paid a visit to the party house, even though neighbors said the Yottas are among Fitzgerald’s quieter residents in recent years.

“Welcome to the fabulous Yotta life mansion,” says the garage door ad, which features Bastian sitting on a throne, hourglass wife Maria next to him.

The first thing you see when you enter the house is a brass pole, and I didn’t see a tether ball, so I’m assuming the obvious.

A blond woman ferried me up to the fourth floor, where I met the Yottas.

Bastian, a buff young buck from Germany, told me Arnold Schwarzenegger is an idol.

Maria wore high heels and a white dress so tight it may have cut off circulation in the entire 90068 ZIP Code. If a neighbor kid has lost two basketballs, I think I may know where they are.

Three young women were slinking about in similar get-ups, and the Yottas explained that they invite young women free of charge to stay in their 10-bedroom house, where Bastian teaches them the Yotta life philosophy — “live life to its fullest” — free of charge.

Bastian Yotta and his wife Maria, second from left, are photographed with “Yotta Girls” Krystin Hagen, Diana Ehmsen and Debby Gommeren. Yotta recently put out an Instagram photo of himself @yotta_life in which he’s sitting under a downpour of money and questioning the notion that it never rains in California.

I’d say the price is right.

Yotta recently put out an Instagram photo of himself @yotta_life in which he’s sitting under a downpour of money and questioning the notion that it never rains in California.

Not that every day feels like a million dollars. But if he’s down in the dumps, he said, he takes hold of a sword, stands in front of the mirror and shouts: “I have the power!”

Yotta said he made his fortune in beauty products and technology, but he didn’t offer many details.

He said he and Maria moved to Los Angeles last year from Europe to enjoy life and share their discovery that Mondays can be just as fun as Fridays if you open your mind to the possibility and believe in your dreams.

And lo and behold, he thinks there might be a reality TV show in all of this, so he’s talking to some people.

Yotta told me he pays $34,000 a month for the mansion, which has two gymnasiums and a nightclub, but as he sat on a chair fit for a king, he said he might be moving on one day.

“In my mind I’m dreaming about a Yotta castle,” he said.

In my mind, I’m dreaming about what might have happened if that lion had gotten free.

Filed under: Blog by Nordine Realtors
No Comments »